Smoked spiral ham is so nice we had to smoke it twice! Double the smoke, double the fun, right?

Smoked ham is one of the easiest dishes to prepare for the holidays and this twice smoked spiral ham is so flavorful you’ll have your guests spinning for more!

In this recipe, I’m going to show you how to prepare the ham, then smoke it, and finally, make a homemade pineapple, maple glaze to finish it off.

Spiral hams are cut from the leg of the pig and are already pre-cooked and smoked.

They are called spiral hams because of the way they are cut. Normally a spring-loaded slicing blade cuts around the ham and around the bone making spiral incisions.  This method makes for even slices and a beautiful presentation.

You can find spiral cut hams in most grocery stores. If you decide you want to use a regular ham you can do that as well and this recipe will still work!

I would recommend scoring the ham first before applying the mustard binder and the rub so everything sticks to it well.

The packaging of the ham will usually tell you what kind of wood it was smoked with and what temperature you need to warm the ham too, which is 140-145°F.

The pre-smoked hams are usually lacking in the flavor department, so for this recipe, we are going to smoke the ham a second time and give it a boost of flavor.

Spiral hams usually come with a glaze packet which is just a mixture of brown sugar, honey, and other ingredients.

You can certainly use the packet it comes with, but I tend to find homemade is always best, and I have a simple recipe that makes the perfect sweet ham glaze. 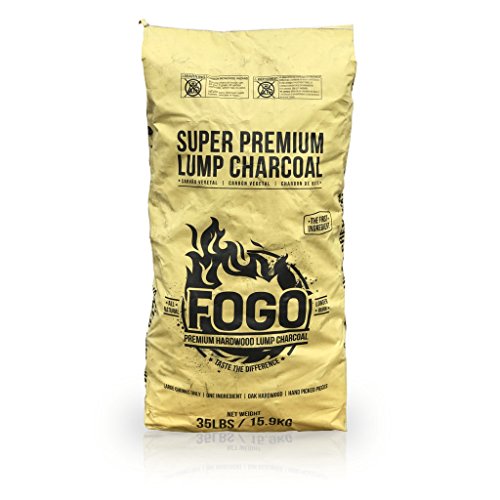 How to smoke spiral ham

1. Set up the smoker

Get your smoker pre-heated to 250°F. Once your temperature is dialed in, throw in 2-3 chunks of smoking wood. I used pecan for this cook but hickory would be a good option as well.

Open up the can of pineapple rings, drain the juice into a container, and reserve for the glaze. Place the rings in the bottom of an aluminum foil pan. These will form a trivet for the ham to sit on and add additional flavor and moisture during the cook.

You could also use fresh pineapple and buy some pineapple juice for the glaze.

Take the spiral ham and sit it on top of the pineapple rings.

Slather the dijon mustard onto the ham, making sure to cover the whole thing. If you want to avoid a mess all over your hands, make sure you use latex gloves.

The Dijon mustard will give a little flavor to the ham and act as a binder for the seasoning. Since the ham is spiraled, make sure you get the mustard into all the individual slices to make sure everything is nicely coated.

It’s time to season the ham.

I did two layers of rub, one layer of the Pit Boss Apple Bourbon, and then finished with a layer of the Kosmos Honey Killer Bee. I like the sweetness of these two rubs together, and they go perfectly with the ham.

You can use any store-bought bbq rubs you have in the pantry, you don’t have to use two as I did, I just like the combo. If you want to go for a more traditional flavor use a mix of brown sugar, cinnamon, salt, and pepper in place of rub.

Now that your ham is covered with the seasoning, place it onto your smoker. It is going to take about 15-20 minutes per pound. I smoked a 10lb ham and it took almost 3 hours. You certainly could increase the temperature to 275°F if you want to reduce the cooking time.

3. Making the glaze and applying it to the ham

To make the glaze, you are going to use the juice from the canned pineapple and combine it in a saucepan with brown sugar, honey, maple syrup, and butter. Stir everything to incorporate it well and then place it on your stovetop or smoker and bring it to a simmer then cook to reduce it and thicken the sauce.

If you have any remaining glaze leftover, you can brush another layer onto the ham.

4. Slicing and serving your ham

Unfortunately, there really is no pretty way to slice spiral ham.

You can carefully turn the ham on its side and cut around the bone, then pull the pieces of ham away.

Sometimes the ham detaches itself from the bone after it’s been cooked and there is minimal cutting required. Wearing some cotton glove liners and latex gloves you can separate the ham from the bone without burning your hands.

You can reserve the pineapple rings once the ham has finished cooking. We like to serve them right alongside the ham with a little bit of glaze drizzled over them. It tastes great together!

Other great festive recipes for the grill or smoker

How to Make The Best Homemade Gravy

The ultimate finger food, smoked candied bacon. Caramelized strips of bacon ready in under an hour.

These home ground chuck steak burgers are smoked and then seared for simple burger perfection.

10 Tips for Smoking a Whole Turkey

As proud proud pitmasters, we can’t sit idly by while the turkey gets dried out and ruined in the oven. Not when we have a perfectly good smoker sitting right outside. Turkey belongs on a smoker, especially around Thanksgiving when oven space is at a premium. You don’t have to worry about ruining Thanksgiving though. By…