I test a lot of grills, so it’s always refreshing to see a manufacturer try something different.

If I’m being honest, charcoal grilling is not my favorite due to the hassles that come with it, so I was excited to see if the Masterbuilt Gravity Series 560 could give me the convenience of a pellet grill, with the flavor of charcoal.

The Gravity series is basically a pellet smoker that doesn’t use pellets.

You have a digital control panel that lets you set your exact temperature between 225 – 700°F. The control panel connects to an app for remote control.

Instead of a hopper full of pellets, you add lump or briquette charcoal. You still need to add a fire-starter, but then the fan controls the burn rate and manages the temperature of the grill.

The hopper can hold enough charcoal for 12-15 hours of cooking depending on temperature and conditions.

We purchased the 560 model for this review, there is also a virtually identical 1050 model which gives you a lot more space, but can only run for up to 8 hours.

I could comfortably fit two full racks of ribs on the bottom and one on the top shelf.

You could easily sear four large steaks at once.

I was interested to see how well this concept performed with real use.

I’m happy to say the grill can hold very consistent temperatures. The accuracy was average to slightly better depending on whether grilling or smoking. We’ll get into our test results later on in the review.

Some storage and prep areas are provided with the Masterbuilt 560, but it’s about average.

I’ve heard from some other reviewers that have had defective fans, after a decent amount of use I haven’t experienced that yet but it’s something to keep an eye on.

With any first-generation product, there is some risk with being an early adopter.

For the rest of this review, I’ll go more in-depth with my experience using this grill but if you just want the quick version, here’s what I think.

If you are a die-hard, charcoal for life, kind of griller, but admit that you have secretly peeked over the fence and envied some of the features that you saw on a pellet grill, then this grill is very attractive.

It’s not going to last you for decades, but it’s also cheaper than most other digitally controlled grills. Everything I cooked tasted excellent and none of the issues I had were deal breakers for me.

The grill was packaged very well. Lots of cardboard, foam, and clear wrapping was used. I saw no signs of metal to metal rubbing of parts

This was not the easiest grill to put together, but it wasn’t a nightmare either.

Putting the fiberglass gasket on between the hopper and the ash bin did present a little bit of a challenge.

The grill did take quite a bit of time to put together at about 2 hours and 20 minutes, but you could probably cut this down if you had help.

Everything I unpackaged was painted very well, and there weren’t any gouges in the parts or areas with no paint.

While assembling a grill, I spend more time inspecting for poor manufacturing or material handling than most, but I didn’t see any with the Gravity 560.

Everything fit together just as it was supposed to.

I would say the strength of the material used is average for a grill of this price.

Most of it is thin sheet metal, but this is normal for many grill companies.

The grill appears to be somewhat sturdy, but not noticeably stronger than other grills.

The temperature gauge doesn’t exactly inspire confidence either, with no actual temperature markings. It’s more cosmetic, as you can see the temperature readout on the digital screen.

The side tray looks like it is riveted on. That is a little concerning – as, if you pulled very hard, it might break off.

Plus, one day those rivets will rust, and then the side tray may come as also. The bottom storage area is decently sturdy.

The strength appears to be reasonable for the size and price of the grill.

The wheels used are unremarkable. They are plastic with a tougher plastic tread on the outside.

Not super heavy duty but they look strong enough to last and make the grill easy to move around.

Issues with the build quality

Now, these areas will need to be oiled regularly to keep them from rusting. The paint shouldn’t be coming off this early. Or if this is normal, it should be noted in the manual to keep those areas oiled.

The one-piece rubber seal from the ash drop door also seems to stick regularly to the metal it closes against after a cook.

This happens to be the area closest to the fire, and it also happens to be where the ends of the 1 piece seal are bonded together.

My guess is the glue that bonds the two ends together can’t handle the heat; so it partially melts the glue every time the grill gets hot enough.

I don’t seem why that bonded section couldn’t have been put at the BOTTOM of the door away from the fire.

Unfortunately, it’s not as easy as pulling the rubber seal and sliding it around the door frame.

Cooking on the Gravity 560

I wanted to put this grill to the test under a variety of different cooking scenarios. To test out the low and slow capabilities I smoked three racks of ribs. I’ve also seared steak and pork chops.

This was the easiest charcoal grill / smoker I’ve ever used.

How simple is that?

After cooking a variety of different foods I can say the grill performs exactly as advertised. The temperature control is very accurate. It maintains whatever grill temperature you set.

It worked just as well for searing steaks as it did for grilling chicken thighs at lower temperatures.

This grill connects to the Masterbuilt app via Wifi and Bluetooth.

As far as Apps go, this one is about average.

It occasionally seems to have connectivity issues, but better than other ones I have used.

It has some decent features, but some logic is missing.

For example, if you set a temperature for the meat probe once it reaches that temperature, the alarm goes off as you would expect.

But if you then want to then change to a different temperature and reset the alarm, it won’t let you.

I had to shut the app off and start over.

This is annoying if you want to do a reverse sear where you will initially aim for say 110°F, and then you want to increase the heat and aim for 135°F.

My experience seems to be shared by others. The Masterbuilt app has a rating of 1.8/5 on Google Play and 1.7/5 on the App Store.

Compared to any other charcoal grill on the market, this grill is a piece of cake to clean.

All the ashes fall into a tray that you can pull out and dump.

There is a full-size grease pan that pulls out from the back of the grill to clean anything that dripped down from the grates.

There is a smaller grease tray that attaches to the grease pan to collect the general grease for easy disposal. The cast-iron grates are easy to clean.

The grates were a mixed bag for me. The cast-iron seared very well, which I was happy about.

But I had to lather them multiple times with oil to keep them from rusting, far more oil than I’ve had to put on other cast-iron grates.

Not sure why these are different. I have a little caution as to how long they will last and how much babysitting they will need.

In case you were wondering here are some pork ribs I cooked. They turned out real nice and juicy.

I like to put every grill I test through some standard tests to see how well it performs in a few different areas.

Come up to temp speed test

I am happy to say that Masterbuilt backs up their claims. I actually measure 700°F in just shy of 12 minutes.

I actually recorded temperatures as high as 737°F a few times so it’s safe to say this grill can sear.

I used my ThermoWorks Signals to test the difference in temperature between what I set the grill control to, and what was actually recorded across the grill surface.

I recorded the following measurements at different set temperatures.

As you can see:

It is important to note that the temperatures do SEEM to stabilize the longer the grill is at a specific temperature.

For a charcoal grill I think this performance is above average.

Modding the hopper base tray

The one aggravation that I had with this cooker is the hopper base tray, the tray that holds up all the charcoal.

The cut outs are meant for ash and tiny pieces to fall through the openings and into the ashy bucket as they are burned up.

The issues I had was that basically whole briquettes and large chunks of lump would still fall through and often.

I found myself throwing out quite a bit of chunks after cook sessions.

You can see in the picture below how sizable briquettes can fall through.

So, I fixed this issue by taking chromed metal rods about an ⅛” in diameter and placing them in the middle of each cutout.

They are just held in place by tension. I actually used some extendable hot dog cookers I found at the local grocery store for the rods. It’s cheap, simple, and best of all, it works!

Hopefully, Masterbuilt will remedy this for the future.

Should you buy the Masterbuilt Gravity 560?

This grill/smoker is aimed at people who want the taste of cooking with charcoal, without any of the hassles.

So can you have your cake and eat it too?

The Masterbuilt Gravity Series is an exciting proposition that should appeal to a lot of folks.

I have to give Masterbuilt credit for innovating, rather than making just another Traeger clone.

Everything I cooked turned out great, and none of the issues I found would be considered deal breakers.

That said, I’m a little nervous about the build quality. Especially when you have electronic components, cheaply built grills can turn into a big headache.

If you don’t mind taking that risk, and make sure you look after the grill and keep it out of the elements then I would say go for it. 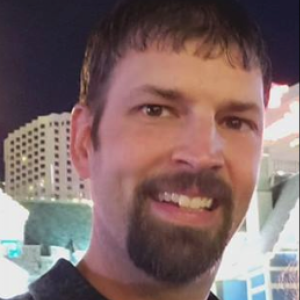 Growing up in a bbq'ing family in the backwoods of Tennessee, we approached our food with passion! When I wasn't at school, I was working at the family restaurant smoking meats, searing steaks, and grilling burgers. Although the restaurant has long been retired, those family traditions and recipes still live on through backyard bbq's and grill outs. I still love experimenting with new recipes and methods. Being a techy kinda guy, I also enjoy trying new gadgets that aid in the overall experience.

Nothing conjures up fears about food safety and food poisoning faster than the sight of undercooked and bloody chicken, and with good reason.  Salmonella, the

Charcoal is charcoal, right? Well, not quite. The type of charcoal you use, and what wood it was initially made from, can have a significant