What Is Chuck Eye Steak? Ribeye on a Budget

The chuck eye steak’s nickname, “poor man’s ribeye,” really does it a disservice.

While it is true that you can get a chuck eye steak for less than a ribeye, there is nothing ‘poor’ about the rich beef flavor and succulent texture of this fabulous cut.

Combining the delicate longissimus dorsi muscle that makes a ribeye so tender, and the deep flavours of the chuck, this underappreciated cut can be turned into a steak night superstar, and, in this article, we’ll show you how to do just that!

What is chuck eye steak?

The chuck eye is cut from the fifth rib, right next to the sixth to twelfth ribs that are used for the much better know ribeye and has much more in common with the ribeye than your average beef roasting joint. 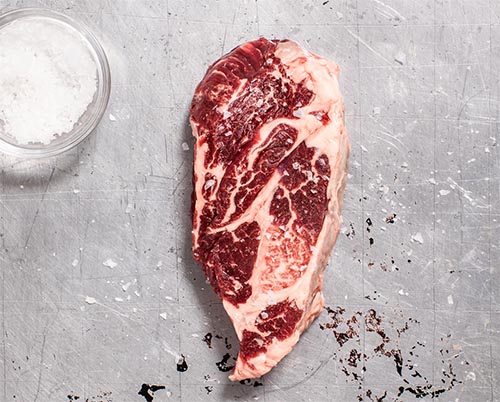 Chuck Eye Steak from Porter Road GET Latest Price
We may earn a commission if you click this link and make a purchase at no extra cost to you.

The ‘chuck’ part of the beef chuck eye is actually a bit misleading and might explain why this cut isn’t as well known as the ribeye.

The majority of the chuck eye is made up of the same tender longissimus dorsi muscle that makes up most of the ribeye. This means you can cook it hot and fast without it turning into chewy boot leather.

The only downside to the chuck eye steak is that there are only two per animal and they tend to be snapped up quite quickly, often by the butchers themselves.

Where does chuck eye steak come from?

The beef chuck eye is technically part of the chuck primal, one of the eight primal cuts recognized by the USDA.

The chuck is a cut most pitmasters associated with a beef roast, and it has a reputation for being flavourful, but often tough. This is because large sections of the chuck primal are filled with connective tissue and hard-working shoulder muscle.

The flip side of that toughness is that, when cooked low and slow, all the connective tissue, fat, sinew, and muscle render down in a roast filled with delicious beefy flavour.

The chuck eye steak is excellent because it offers a lot of what makes the ribeye so unique, without the eye-watering price tag you usually have to pay for a ribeye.

Much like the other steak cuts taken from the chuck, the Denver steak, the flat iron and the teres major, the beef chuck eye isn’t particularly well known and, because of that, you probably won’t find it on the shelves of your local supermarket.

While you might have to take a trip to your local butcher to find one, the chuck eye’s combination of smooth textured longissimus dorsi with some of those more abundant beefier flavours that make the chuck roast so amazing makes it worth the effort.

Unlike the strip steak or flank steak, the chuck eye steak doesn’t need to be marinated or sliced exceptionally thin to keep it tender. Beef chuck eye can be simply slapped on a grill and cooked hot and fast without losing any of its tender juiciness, although we’ll be suggesting a few other cooking methods below that we think work just a little better.

Is chuck eye steak the same a chuck roast?

The simple answer is no. Despite the similarity in the names, the chuck eye steak and the chuck roast are entirely different beasts.

It’s best to think of the chuck eye steak as a budget-friendly rib eye and treat it as such. It is also very specifically cut from the 5th rib of the carcass.

The chuck roasts, on the other hand, are taken from the giant chunk of meat around the cow’s neck and shoulder. The chuck primal can weight up to 100 pounds and make up 30% of an entire side of beef.

The butcher then slices this massive chunk of beef into thick roasting joints, like the Boston cut, English roast and the seven bone roast.

Ironically, despite being called roasts, these cuts tend to dry out when roasted, because of the lack of fat and the presence of a lot of connective tissue. The best way to cook a chuck roast is actually to braise it.

How to buy, prepare, and store chuck eye steak

Buying a chuck eye steak normally means a trip to your local butcher, which is a good thing.

You might have to request your chuck eye in advance, as there are only two per carcass and they tend to fly off the counter pretty quickly.

It might be easier to order the chuck eye steak from Porter Road who dry age the meat for a minimum of 14 days and source pasture-raised animals.

Chuck Eye Steak from Porter Road GET Latest Price
We may earn a commission if you click this link and make a purchase at no extra cost to you.

When preparing the chuck eye, we suggest you season it generously with kosher salt and pepper and leave it uncovered for up to 24 hours in the refrigerator. Salt and pepper will help to season the meat and to draw off some of the moisture, resulting in a crisper crust.

If you don’t have 24 hours spare, we recommend you salt your chuck eye steak at least 40 minutes in advance, or just before it hits the grill. Salting the meat in that last 40-minute window will actually draw the moisture to the surface, making it harder to get a good sear.

When it comes to cooking your chuck eye, you can just throw it on a hot grill, but we suggest the following techniques to really get the most from this cut:

Cooking your steak sous vide involves immersing it in a bath of temperature-controlled water. Sous vide circulators are available to make this process easier, but you can do it with just a pot on the stove.

Fill a large pan with water, leaving enough room at the top so the water won’t overflow when you add your steak. You’ll need to put your chuck eye steak in either a Ziploc bag or vacuum seal it.

2) Bring the water bath up to temperature

If you are using a pan, start on a medium-low heat, letting the water get to a stable temperature, and then adjust the heat incrementally. You’ll need to use your handy probe thermometer to check the water’s temperature

Hang the bag with your steak in it over the side of the pot, and use a clip to secure it in place, making sure the bag doesn’t touch the bottom of the pan.

Cook your chuck eye steak to the level of doneness you want based by leaving it in the water bath for the time suggested on this helpful sous vide time and temperature guide. For example, a medium rare beef steak takes one to two minutes of cooking time.

When the steak is done, let it rest for around 5 minutes to allow the temperature to drop slightly and then sear it on a smoking hot grill or cast iron skillet for a nice crisp crust.

The reverse sear involves using indirect heat to cook your steak to just below the correct temperature for the level of doneness you want and then finishing it over direct heat to crisp up the surface.

To help you master this technique, we’ve written of a full guide on how to cook a perfect medium rare steak with the reverse sear method.

Slightly confusing name aside, the chuck eye steak is an excellent cut with all the flavor of the chuck and the smooth texture of the ribeye.

Pick one up from your local butchers and cook it sous vide or with a reverse sear for a luxurious beefy feast that won’t break the bank!

Do you have the perfect cooking technique for a chuck eye steak? Perhaps there’s a special sauce you think goes perfectly with this cut? We’d love it if you’d let us know in the comments below. 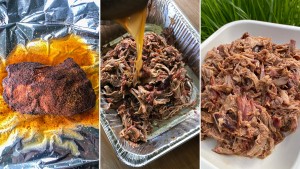 This foolproof pulled pork recipe will get you smokey, succulent pork every time. 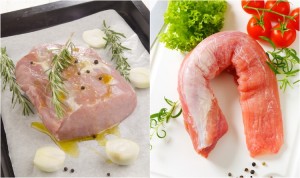 What’s the difference between Pork Loin and Pork Tenderloin?